At DSM, using an internal carbon price incorporates the cost of GHG emissions decision-making processes requiring significant capital expenditure. In the current period of first implementation, €50 per ton of CO2 equivalents is applied. The number of companies that are applying an internal carbon price is growing. It serves as a useful model for redirecting and scaling up investments towards low-carbon technologies, driving operational efficiencies, especially in markets with a carbon price or in regions where a carbon price is expected to emerge. To voice DSM’s support for global carbon pricing, DSM has joined the “Carbon Pricing Champions” of the United Nations Caring for Climate initiative and our CEO, Feike Sijbesma, is Chair of a High-Level Leadership Forum on Carbon Pricing and Competitiveness supported by the Carbon Pricing Leadership Coalition (CPLC), of which he is the former founding Co-Chair.

What we have signed up to

Renewable Energy: DSM is a signatory of the Climate Group’s Renewable Energy 100 (RE100). This initiative brings together the world’s leading companies committed to sourcing 100% of electricity from renewable sources. The intermediate target we set for 2025 is for 50% of our purchased electricity to be obtained from renewable sources, towards 75% by 2030 and 100% at the earliest possible opportunity. GHG reduction target: Absolute reduction of 30% in 2016-2030 (Scope 1 & 2).Other / additional company commitments: • Powering Past Coal Alliance; •Internal carbon price (via UN Caring for Climate, CPLC); • Implementation of TCFD Recommendations by the end of 2020

Initiatives we are part of

Royal DSM, a global science-based company in Nutrition, Health and Sustainable Living, announced today that it has set new science-based reduction targets for greenhouse gas emissions. The new targets have been reviewed and approved by the Science Based Targets initiative and aligned with the Paris climate agreement. DSM is the first European company in its sector to join the group of almost 180 leading companies with validated science-based targets.

DSM has committed to reducing 30% of its greenhouse gas emissions from direct production and purchased energy in absolute terms by 2030 compared to 2016. DSM will decouple emissions from its growth through energy efficiency measures and sourcing more renewable electricity. As a complementary target, DSM will be purchasing 75% of electricity from renewable sources by 2030, with 41% already being renewable in 2018. On top of this, DSM applies an internal carbon price of €50 per ton of CO2 to further guide its investments and operational decisions towards low carbon operations.

Additionally, as DSM’s operations only represent a small proportion of the total emissions in the value chain of its products, DSM has set a new, more ambitious target to reduce indirect value chain emissions by 28% per ton of product produced by 2030. Emissions reductions in the value chain will be driven particularly through DSM’s recently initiated CO2REDUCE program, focusing on encouraging and challenging suppliers to reduce their climate impact.

DSM’s targets have been assessed by the Science Based Targets initiative (SBTi) to be in line with the level of decarbonization required to keep global temperature increase below 2 degrees Celsius compared to pre-industrial levels. The SBTi is a collaboration between CDP, the United Nations Global Compact, World Resources Institute (WRI) and the World Wide Fund for Nature (WWF), driving ambitious corporate climate action.

Alexander Farsan, Global Lead for science-based targets at WWF, one of the Science Based Targets initiative partners, says: “We congratulate Royal DSM on setting emissions reduction targets in line with climate science. By taking this ambitious step, they are real leaders in their sector and are doing their part to align with global efforts to prevent the most dangerous effects of global warming.”

Feike Sijbesma, CEO and Chairman of the DSM Managing Board,comments: “Combating climate change is not just a responsibility but also a business opportunity for DSM. With validated science-based targets, we take a major step forward in delivering our contribution to the Paris Agreement, and invite peers and partners to follow suit.”

Jeff Turner, Vice-President Sustainability at DSM,said: “Adopting science-based targets aligned with the Paris Agreement supports us driving climate action throughout the value chain. At DSM we also enable our customers to reduce their emissions with our Brighter Living Solutions. I am proud DSM is taking proactive steps to enable the transformational change the world needs.”

More information on DSM’s “improve-enable-advocate” Brighter Living Agenda and how DSM is working towards low-carbon economy can be found at dsm.com/climatechange and in DSM’s 2018 Integrated Annual Report. 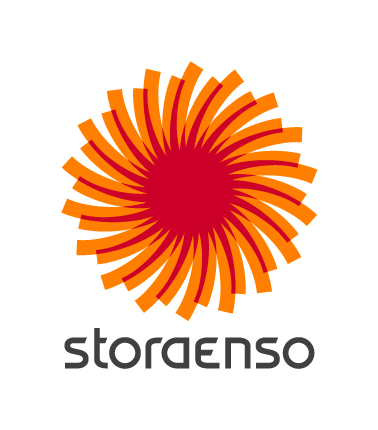 Stora Enso is a leading provider of renewable solutions in packaging, biomaterials, wooden constructions and paper on global markets.

Watch our interview with Željko Turk, Mayor of Zaprešić, a town in Zagreb County, Croatia.